The Games of the XXXII Olympiad are set to take place in Tokyo, Japan.

Tokyo was awarded the 2020 Games after beating out Istanbul and Madrid during an IOC vote that took place in September 2013. It marked the second time that Tokyo had been awarded the Olympic Games, having previously hosted the event in 1964.

Though some events will be held elsewhere in Japan, the majority of the Olympic venues are situated in Tokyo within one of two main clusters: the Heritage Zone, an area in the heart of the city which uses a lot of repurposed venues from the 1964 Games, and the Tokyo Bay Zone, a modern area which is partially comprised of artificial islands.

Learn more about the vibrant Japanese capital city that will host this year's Olympics, and find out what they have chosen for mascots and medal designs, below.

Get to know Tokyo

This is Miraitowa (pronounced meer-aye-toe-wah), the official mascot of the Tokyo Olympics: The mascot was selected through a voting process, with Japanese schoolchildren at over 16,700 participating schools selecting their favorite design from among three finalists. Miraitowa’s winning design incorporates the blue checkered motif that’s seen in the official Tokyo 2020 logo and is supposed to represent a merging of “respected tradition and modern innovation.”

The name Miraitowa is a combination of the Japanese words “mirai” (future) and “towa” (eternity). According to Tokyo 2020 organizers, the name represents “the wish that the Tokyo 2020 Olympic Games will lead to a future of everlasting hope in the hearts of everyone around the world.” 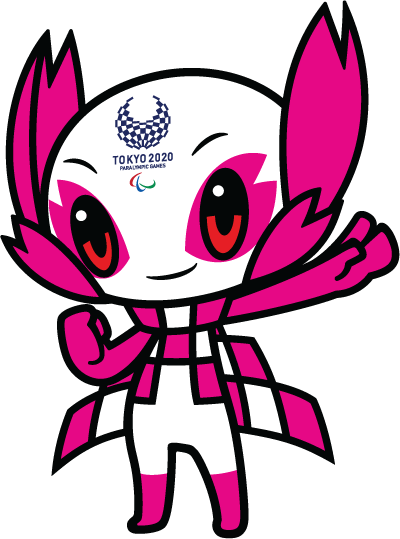 Below are the medals that will be awarded during the Tokyo Olympics. The winning design, which was created by Kawanishi Junichi, was chosen from among 400+ submissions and is said to resemble rough stones that have been polished and now shine with “light” and “brilliance.”

The medals themselves are made from metal extracted from recycled consumer electronics. As part of a nationwide effort, Japanese citizens were able to donate their old electronic devices directly to this initiative. According to organizers, donations resulted in nearly 158 million pounds of discarded devices being collected, including more than 6 million used cell phones.

The medal designs for the Tokyo Olympic Games. The gold medal (center) shows the font, while the silver and bronze medals show the back.
Tokyo 2020

During every Olympics, the host nation always garners extra attention, and that will certainly be the case again this year with Japan, a country that has global stars, Olympic legends and exciting youngsters among its ranks. Here we've highlighted some of the top Japanese athletes expected to compete at the Tokyo Games.

Want to know more about the Tokyo Olympics in general? The rest of the Olympic 101 articles can be found below.